The past couple of years has seen a growing user interest in video content. Although YouTube remains the most popular video platform for advertisers and users alike, platforms like Facebook video, Vine, Instagram and Snapchat have also received much appreciation from customers. 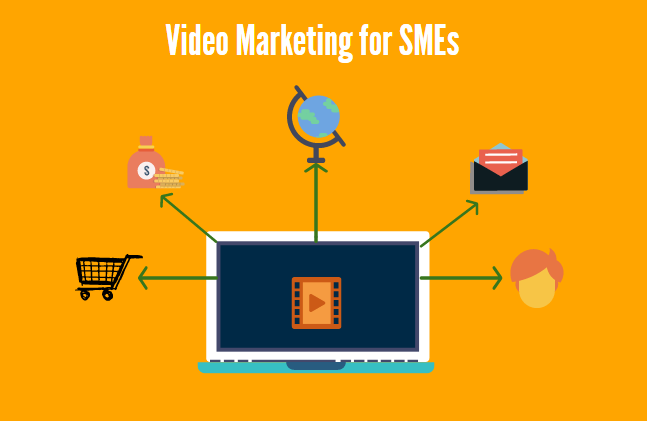 So the big question is: As an SME, should you exploit these video platforms to promote your business apart from the other outbound marketing campaigns you have already deployed?

You advertise where your consumers are. And a big chunk of customers are clearly on video content platforms. As an advertiser, you have more time to grab the user’s attention and more independence to be creative in your videos as compared to conventional ads.

Video Marketing is clearly a big deal in the future. So yes, you need to extend your reach to video platforms.

This brings us to the next question:

Historically, YouTube had been the dominant player in the field of video marketing. The rising popularity of Facebook as a major contender in the video platform led to speculations that it is indeed the end for YouTube. Quite aptly, as the stats also indicated, Facebook is giving a tough competition to YouTube.

But don’t let these stats mislead you into believing that it’s all but over for YouTube. Facebook and YouTube, as we will see ahead, have different parametersfor measuring ngagement and views. Their different modes of operation make them perfectly suited for different strategies within your advertising campaign.

Let’s first see what the prime differences between the two platforms are when it comes to video marketing.

YouTube charges on a per view basis. A video is said to be ‘viewed’ if the user watches it at least for 30 seconds,or for the full duration if the video happens to be shorter than 30 seconds.

Although both Facebook and YouTube have started stressing on ‘watched time’ rather than views considering the huge disparity in their understanding of a video being viewed, none of the platforms have made this metric easily accessible to advertisers.

In the Adwords interface, you can find the ‘quartile report’, where YouTube lets you know what percentages of the views were 25%, 50%, 75% and 100% complete.

Similarly, in the Facebook interface, you are shown the number of views per percentile.

In the YouTube Analytics, there is an option ‘Traffic Sources’. Upon filtering the traffic source to YouTube Advertising, you can see the overall watched time for the video you have selected.

Sadly, Facebook does not provide such advanced Analytics report to see the total watched time. However, you can subtract the views in each percentile and multiply it with the watched time for that percentile to get a rough estimate of the overall watched time.

Because such ads appear in our news feed and are set to play automatically through the auto-play feature, the number of impressions increase and the CPM decreases.

In YouTube, the promotional content is not automatically shown to users unless they open a video. They cannot see the advertisement if they are scrolling through a channel or browsing a playlist. Hence, the number of impression turns out lower and the average CPM increases.

This is a relative term for different advertisements and is denoted as the time in your ad when you have prompted your customer to interact with your business. Generally, such CTAs are at the end of the videos.

YouTube generally has a higher number of people watching complete videos than Facebook. So the quality watched time is higher for YouTube than Facebook, where most of the videos are auto-played and simply browsing below in your news feed makes them disappear.

If you are promoting your products via video and want your content to be discovered via organic search, YouTube is a no-brainer. YouTube is the best option there is for driving views and Search optimization. Whenever a user searches for a product or a service using a keyword that you have formulated in your video description, tags, and titles, your content gets displayed before the user.

Facebook, on the other hand, becomes handy because of the immense volume of data it has on its users. Using this data, if you have properly researched your audience, you can target your ads to a specific group of consumers with high chances of conversion.
So what is the final verdict?

In the end, you shouldn’t think of these platforms as being mutually exclusive of each other in your campaign. In fact, for a successful content marketing strategy, you can promote your products on either of the platforms, depending on your communications and inbound marketing objectives.

Facebook delivers a high number of impressions. So if you aim to get your product in front of many eyeballs and want them to engage with your business, Facebook is the right platform. Meanwhile, YouTube delivers low cost per quality time unit watched. Hence, if you want to pay for quality time watched, go for YouTube.

Still confused? Can’t decide where to divert your investment to get the best exposure for your SME?
Contact us today and we can help support your content marketing endeavours.

“To support our clients by building a stronger market identity and position, communicate value to attract and retain desirable clients in growing and sustainable markets."

You have Successfully Subscribed!